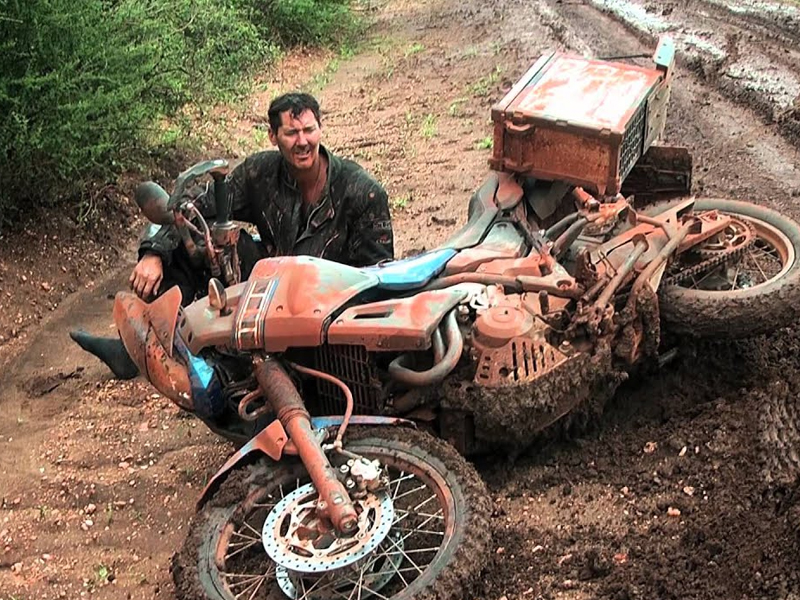 Motorcycle explorer Spencer Conway sets off to tackle the biggest challenge of his life. Taking little in the way of equipment (other than a trusty Tenere), Spencer heads out to circumnavigate the second-largest and second-most-populous continent. Conway s adventure brings him into close contact with the diverse and vibrant cultures of Africa, proving that the old Western soubriquet of The Dark Continent was about as far from the truth as possible. He has to contend with hugely varied terrain, including crossings of the Nubian, Namibian and Saharan Deserts, extremes of weather, impenetrable bureaucracy and pretty loose interpretations of the rules of the road. Along the way he encounters difficulties and challenges not the least of which is getting shot at in Kenya but he doesn t let it put him off as he continues his quest to ride all the way around Africa.